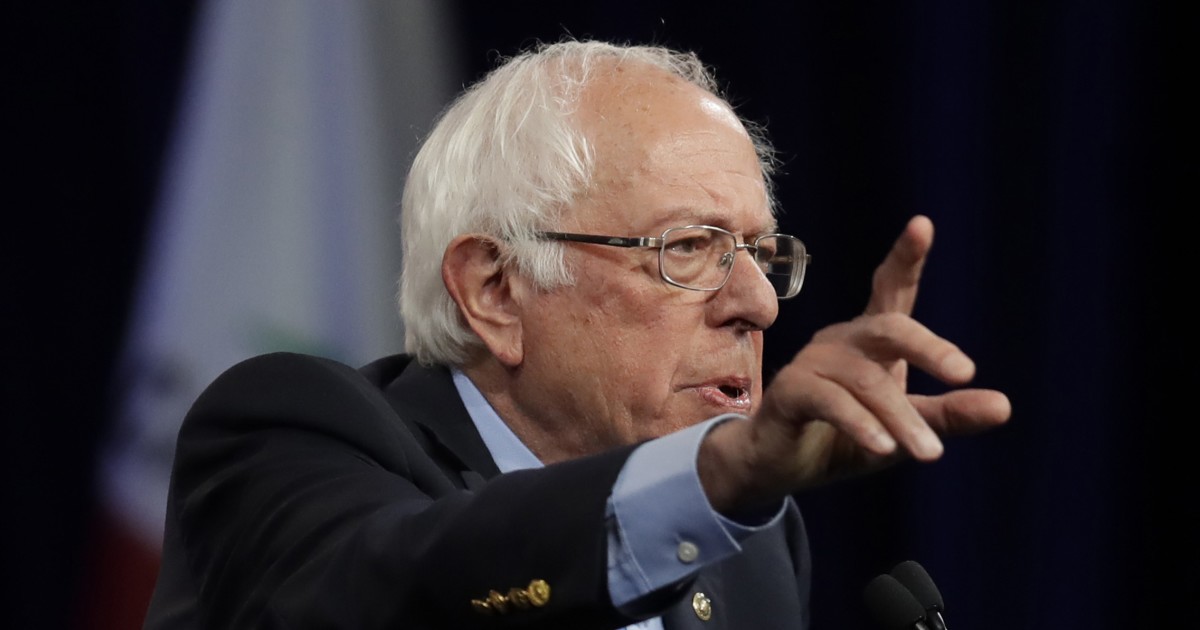 “I am writing in regards to the Washington Post Fact Checker’s Aug. 28 analysis, headlined: ‘Sanders’s flawed statistic: 500,000 medical bankruptcies a year,'” a senior adviser for his campaign wrote in a letter to the Post on Saturday. “We demand that the Post immediately issue a retraction and inform its readers of this decision.”

The Post‘s Fact Checker had issued Sanders “three pinocchios” for the claim, saying the Democratic presidential candidate had engaged in a “classic case of cherry-picking a number from a scientific study and twisting it to make a political point.”

The Fact Checker added that the study Sanders was citing doesn’t establish causation for the 500,000 cases and that it included “anyone who mentioned medical bills or illness among their reasons for declaring bankruptcy, not just those who said it was the main reason or a big piece.”

“He’s saying medical debts caused those 500,000 bankruptcies,” the outlet noted. “However, correlation is not causation.”

Sanders’ campaign, however, took issue with the analysis, calling the “overall premise” of it “absurd.”

The letter went on to outline several other fact checks against Sanders, accusing the Washington Post of a “much broader pattern of bias” against the senator.

Read More:  How The App Init Plans on Debunking The Food Labelling Facade

“We hope that you will address the Fact Checker’s inappropriate coverage of Senator Sanders — first by immediately retracting this most recent piece, and then by committing the newspaper to covering Senator Sanders in a fair, professional and ethical manner that finally starts honoring the most basic standards of accuracy,” it concluded.

Sanders has repeated the claim on at least two occasions this month, once during a CNN interview and again in a tweet.

500,000 Americans will go bankrupt this year from medical bills.

They didn’t go to Las Vegas and blow their money at a casino.

Their crime was that they got sick.

How barbaric is a system that says, “I’m going to destroy your family’s finances because you had cancer”?

Sanders has been critical of the media, having recently slammed the “corporate media.” At the Iowa State Fair earlier this month, some of his staffers even manhandled members of the press there to cover the event.