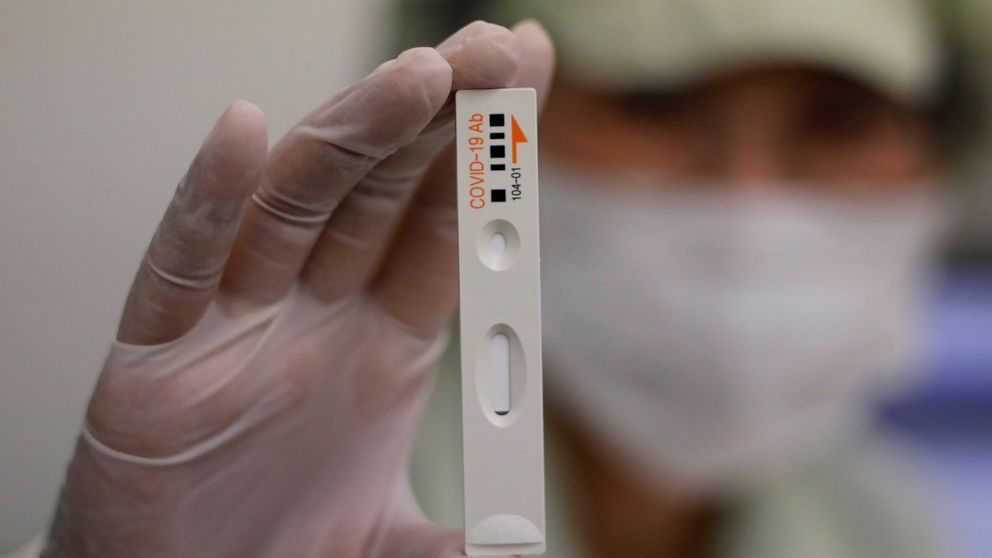 South Korea has reported eight more cases of the coronavirus, the first time a daily increase has dropped to a single digit in about two months

BANGKOK — South Korea on Sunday reported eight more cases of the coronavirus, the first time a daily increase has dropped to a single digit in about two months.

The Korea Centers for Disease Control and Prevention said the additional figures took the country’s total to 10,661 with 234 deaths. It said 8,042 people have recovered and been released from quarantine and 12,243 others were undergoing tests to determine whether they contracted the virus.

“We must not loosen our guard until the last confirmed patient is recovered.” President Moon Jae-in said.

South Korea’s caseload has been waning in recent weeks since it recorded hundreds of new cases every day between late February and early March, mostly in the southeastern city of Daegu and nearby areas.

Despite the recent downward trend, South Korean officials have warned about the possibility of a broader “quiet spread” with people easing up on social distancing.

Moon urged South Koreans to support his government in saving jobs and revitalizing the economy.

In other developments in the Asia-Pacific region:

Read More:  Medical News Today: Foods to eat and avoid with the flu

— HUNDREDS MORE INFECTED IN JAPAN: The Health Ministry on Sunday recorded 568 new cases of the coronavirus, bringing the nation’s toll to 11,073 with 174 deaths. The actual number of infections is believed to be higher as Japan is only starting to expand its testing capabilities by setting up additional testing centers in Tokyo and elsewhere. It allows primary care doctors to send suspected patients directly to testing stations. Experts say focusing on clusters in specific venues is no longer effective to keep up with the surging numbers and widespread testing is needed. Prime Minister Shinzo Abe has expanded a state of emergency in Tokyo and six other urban areas to all of Japan amid concerns that hospitals are already overburdened with the influx of patients. It took two months for the number of patients to reach 1,000 since mid-January, but the spread of the coronavirus has accelerated in recent weeks, doubling from around 5,000 in just 10 days.