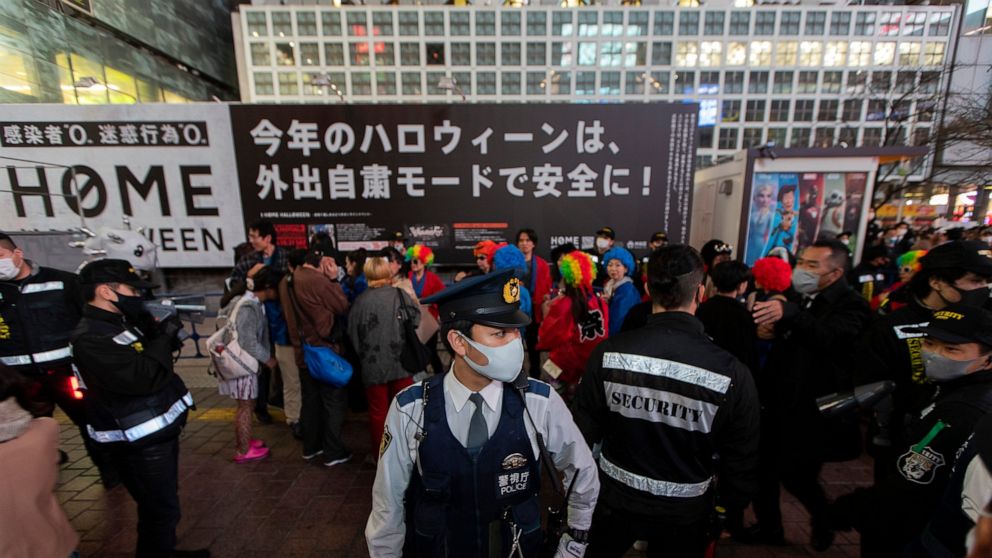 In Melbourne, the capital of Victoria state, which had the highest number of cases in the country, residents were enjoying the first weekend of cafes, restaurants and pubs reopening to walk-in customers.

The city only has one mystery case without a known source. There are 61 active cases left across the state, down from 70 on Saturday.

State Deputy Premier James Merlino hailed Sunday’s zero figures as “another great day for Victoria,” but urged caution ahead of Australia’s most-prestigious horse race on Tuesday, the Melbourne Cup, known as the “race that stops a nation.” Australians traditionally gather in bars or in private homes to watch the event, a public holiday.

The race attracts crowds of more than 100,000 at Melbourne’s Flemington race course, but this year it will held without fans because of restrictions on public gatherings.

“The great majority of Melburnians know what do to,” Sutton said. “There will be a few who may be a bit liberal in their behavior.”

Sutton said the new wave of infections in Europe showed how quickly the coronavirus can reassert itself.

“What Europe is going through now is a consequence of not being able to get to this point where you can stay on top of very low numbers,” he said. “What we have created is very precious and we need to hold onto it tightly.”

Western Australia state on Sunday recorded one new case of COVID-19, a woman who returned from overseas and is in hotel quarantine.

In other developments in the Asia-Pacific region:

— India has reported 46,964 new confirmed coronavirus cases in the past 24 hours, in a sign of continued downward trend in infections. The Health Ministry on Sunday also registered 470 additional deaths, taking total fatalities up to 122,111. The latest figures take the country’s total virus tally to close to 8.2 million, behind only the U.S. India saw a steep rise in cases in July and added more than 2 million in August and another 3 million in September. But it is seeing a slower pace since mid-September, when daily infections touched a record of 97,894 with the highest number of deaths at 1,275. According to the Health Ministry, more than 7.4 million Indians have recovered from COVID-19. Some experts say the decline in cases suggests that the virus may have finally reached a plateau in India but others question the testing methods and warn that a major festival as well as the winter season could result in new outbreaks.