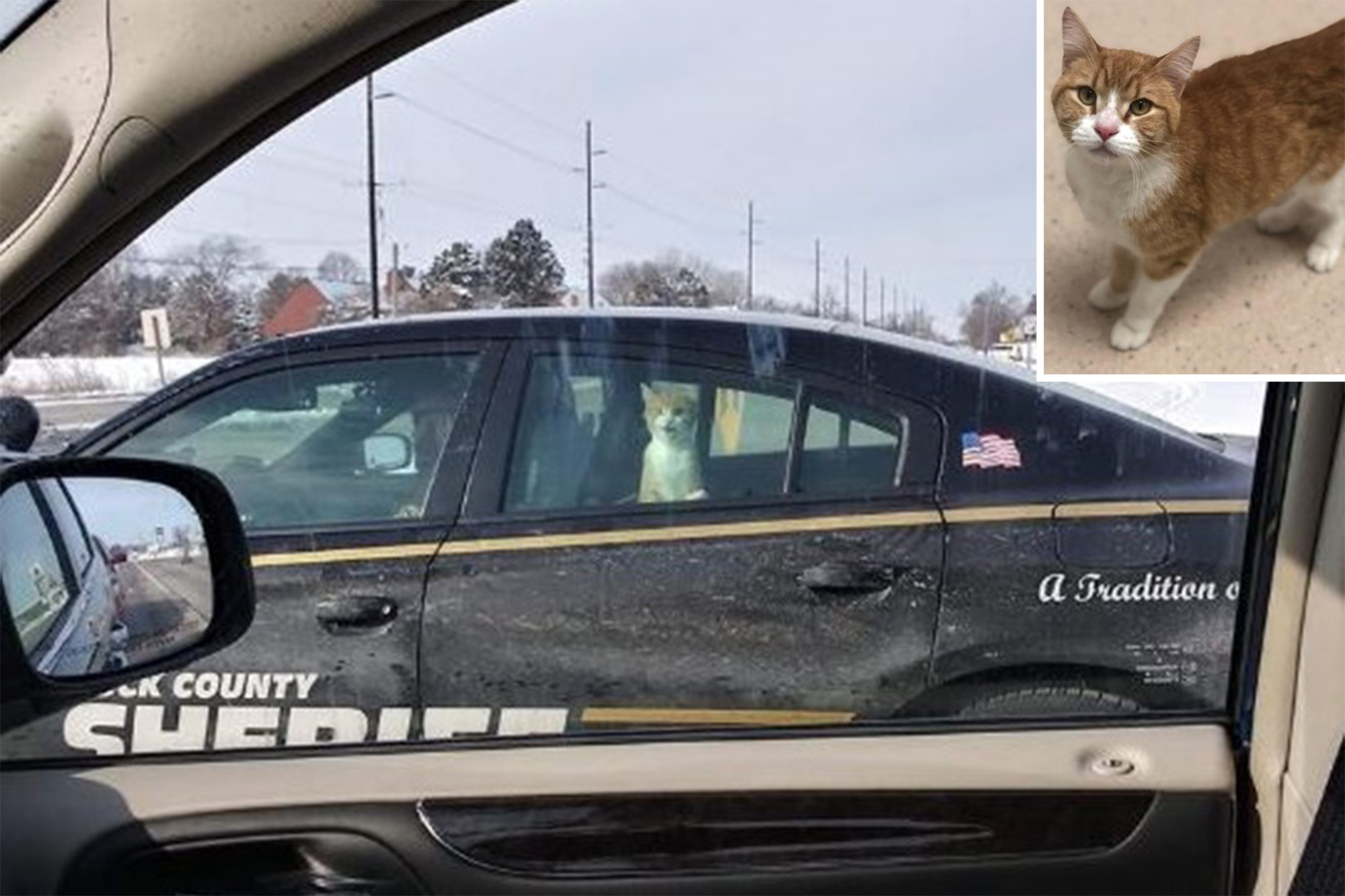 This feline “perp” was taken in for probable paws.

An adorable post making the rounds on Facebook shows a tabby cat riding in a police cruiser looking mighty guilty — but in reality, he just needs a home.

“Meet Culprit. This cat burglar was apprehended by the Rock County Sheriff’s Office,” the Humane Society of Southern Wisconsin posted. “When questioned, he said he was “just kitten around.”

“At five years old, Culprit doesn’t want to spend the rest of his years here in the slammer, and we’re willing to let him off on good behavior.”

The feline felon was discovered by local authorities near Merrifield Drive in Fulton Township, Wisconsin — then chauffeured about 20 minutes to the animal shelter, adoption councilor Hannah Hathaway told The Post.

“Unfortunately, no tags or microchip were found, and we have not been able to locate his original owners,” she added.

After the mischievous kitty’s five-day period of being held as a stray, he will be eligible for adoption.

Hathaway said most cats stay at the shelter for an average of six days before finding a home.

Despite his bad-boy reputation, Hathaway described Culprit as “very sweet and outgoing,” and said he’s already received a “large amount of interest.”

The part-time adoption councilor said the Humane Society of Southern Wisconsin is currently fundraising for a more efficient shelter facility to house animals like Culprit.

Read More:  Why a Diagnosis Is Just the Start