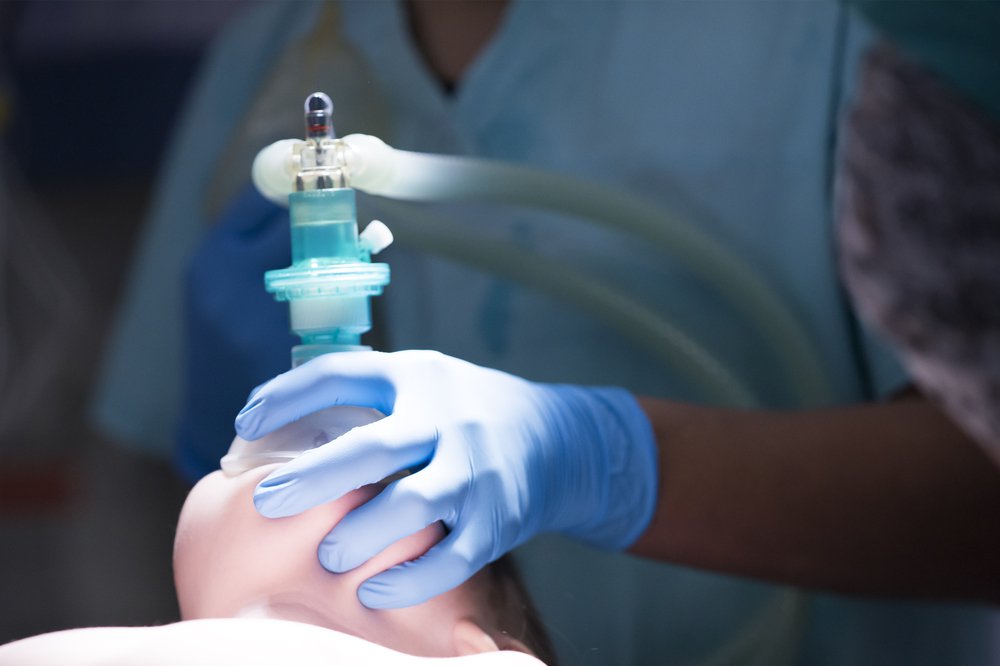 When I was five years old, I wanted to be Aurora from Sleeping Beauty. I admired her because I, too, had long, blonde hair and loved to play in the woods. During the movie, I sang with the music. “I know you. I walked with you once upon a dream. I know you. That look in your eyes is so familiar a gleam … Once upon a dream.”

However, I didn’t apply for a role as a Walt Disney princess. I went to medical school to become an anesthesiologist.

During my second year of medical school, I was preparing to complete my graded intubation “check-off.” I partnered with an upper-body mannequin with exposed lungs. It would be logical to think that these half-humans would be anchored to the table that they were placed upon, but alas, they were not. It would also be reasonable to assume that supine upper bodies would be difficult to intubate since they could freely slide across the table during the process. It was, and they did.

I had a variety of curved and straight miniature machetes. I remembered that these machetes are also called blades named after Mac and Miller who were either the two physicians who invented the blades or the two unconscious patients who unknowingly had to endure them. Nervously, I picked up the straight machete. With my left hand gripping the blade’s handle, I went spelunking in the cave that was his oropharynx.

Finally, I found the hermits known as vocal cords. I was supposed to pull forward with my machete in the direction of that corner where the wall and ceiling met. At that moment, I had about the same amount of upper-body strength as a fully cooked plate of spaghetti: not even al dente but fully cooked. I pulled. Nothing happened, except that I gave my mannequin a need to visit a dentist.

There we were: one faculty member and me. After he realized that if this were a real patient, I would have ripped through the vocal cords, he told me to switch blades. This time, I grabbed the curved one. If one could imagine the weapon that the grim reaper wields when he comes to take away an unlucky soul … I had a smaller version of that. I repeated the entire grueling ordeal over again to no avail.

Anesthesiologists make this look easy but trust me, as a second-year medical student, it was hard work. I am the definition of a type-A personality, so failing was not an option. I tried again. Slowly, but surely, I guided the laryngoscope into the oropharynx. All the while, I was praying for mercy … but mainly for strength. Ah! Finally. There they were: visible, pink and beautiful. The vocal cords were the gates of heaven. And I, as the grim reaper, had finally brought the right instrument to be allowed entry.

Next, I carefully slid the endotracheal tube through the pearly gates into pre-pulmonary paradise. I removed the stylet. With my eyes partly closed, I inflated the bag valve. Both lungs inflated equally which meant that I had not trespassed into the right main bronchus. Now, it was time to go in front of the professor who would grade me on this ordeal.

I probably should have waited until a later date when I knew what I was doing or had developed my bicep muscles. But of course, my impatience and determination persevered. I walked into the “check-off room” exhausted from my upper-body workout from practice intubation. Three failed attempts equaled automatic grade failure. With my sympathetic nervous system on maximum overdrive, I tried and failed twice.

Graciously, before my third and final attempt, my professor asked if I had forgotten anything. The stylet. How could I have forgotten? With my last ounce of strength, I and the tiny, curved prison shank united and finally intubated for the second-ish time that day. The bag valve tells no lies, so I pressed in on it nervously. Both lungs rose and fell. A wave of salty relief rushed over my body, and the desire to ever be an anesthesiologist waved goodbye. I thanked my professor who assured me that life is not all about grades … which is never comforting to hear after just being graded.

With the accomplishment of finally achieving “al dente” strength under my belt, I went to celebrate by sitting alone in my car. All in all, my plastic patient probably would have survived minus a molar or two.

I will fast forward to now: over two years later. With the support of my lifelong best friend, Emma, I have “planked” my way past “al dente” strength into developing biceps. I have successfully intubated quite a few people who still have all of their teeth … or at least all of the teeth they had when they initially arrived at the hospital. And on March 15, 2019, I matched via the NRMP at a university-based anesthesiology residency program in Florida.

As I reflect on my prior aspirations, I realize that I have almost accomplished both my childhood and medical school dreams. While I will not be portraying Sleeping Beauty at Walt Disney World, I will be putting children (and adults) to sleep at hospitals close to the most magical place on the earth.

As an anesthesiologist, my eyes will be the last ones my patients gaze upon before entering into propofol-induced dreamland, and my eyes will be the first ones that they acknowledge when waking up from their dreamy sleep. Even though patients may not be mine forever as they would if I worked in long-term care, they may still recognize me in public. Perhaps, they will not remember exactly who I am sans mask and scrubs. But they might find something familiar about my blue eyes, and for some odd reason, they may find themselves mentally singing … I know you. I walked with you once upon a dream. I know you. The look in your eyes is so familiar a gleam … Once upon a dream.

Lydia Boyette is a medical student. A version of this article appeared in in-Training.