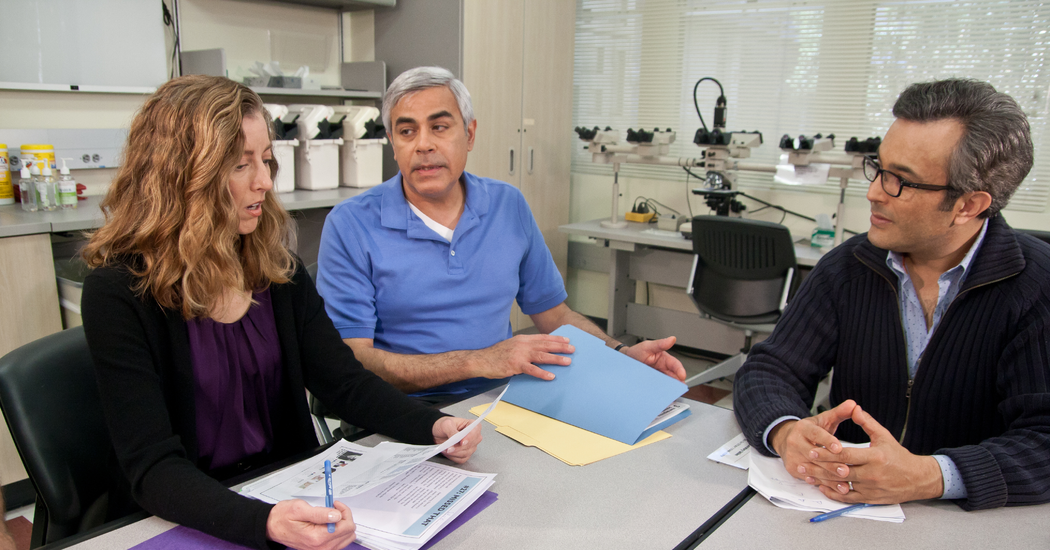 “Is this seat taken?” I heard a student ask another student, who was holding a seat in the front row of a class I was about to teach.

“Yep — that one’s taken!” He laughingly gestured to his lap. “Want to sit here instead?” he asked softly.

She paused and looked at him silently for a split second before walking away and taking a seat at the back of the class. Not wanting to start the first day of the course on a negative note, I said nothing. I should have.

Many microaggressions are gaffes where the perpetrator is making a misguided attempt at humor. I vividly recall the time I was in training many years ago, and I told my supervising physician about my pregnancy. He responded good-naturedly: “Pregnant? How did you even find the time? We must not be working you hard enough!” I remember mustering a feeble smile, not quite knowing how to respond to his misplaced humor.

A few years ago, I started the Stanford Project Respect initiative to study health care communication and foster mutually respectful interactions between health professionals and their patients. Through this project, my colleagues and I recently conducted research in four medical schools across the country, theresults of which were just published in the journal Academic Medicine. Using professional actors, we reenacted 34 real-life microaggression scenarios paired with comparable “nontoxic” versions of these situations, to serve as controls.

The 68 videos were shown in random order to medical faculty members from the four universities, who were asked to rate each scenario on the frequency of occurrence in real life.

Women uniformly reported that workplace microaggressions were quite common and identified 21 of the scenarios as frequent. We were surprised to find that the men working in the same venues seemed to be blind to microaggressions, calling them uncommon.

As a part of Project Respect, we are collecting real stories from health care personnel across the nation. A successful surgeon recounted her experiences being interviewed by a “manel”— a panel of men — “I was asked how I will be able to effectively communicate in the operating room as a woman and how I plan to navigate that challenge.”

Another woman asked her boss about being appointed to a new position and he responded “Well, I’m just deciding, you know, if I’d like to give you an engagement ring or not. You have to convince me.” A physician from a minority background seemed resigned to her fate: “We are the ‘pink-ghetto’— getting less pay, less resources.”

In one appalling incident, a lecturer chose a female student to be the podium model for his ultrasound skills demonstration class and referred to a specific angle of the instrument probe as a “money-shot.”

Identifying microaggressions and calling out the aggressor in the moment can be quite daunting as these moments are fleeting, the comments unwitting and outwardly innocuous. But upon closer inspection, we see that microaggressions are rooted in our unconscious biases that are fed by the gender and racial tensions that seethe under the surface and bubble up when we least expect them.

It’s important to note that both and men and women can be microaggressors and that men are not exempt from being the recipients of microaggressions. I have witnessed such events in the workplace, especially in fields where men are the minority, like gynecology and obstetrics.

What can we do to change the culture?

The first step toward solving any problem is diagnosing it. If you are the perpetrator and you catch yourself in the act, apologize immediately and sincerely for your misstep. If you are the recipient, speak up respectfully and promptly in the moment: “Can you please explain what you mean by that comment?” or “That statement is bothersome — I am sure you did not intend it to be that way — I just want you to know how it looked from my point of view.”

Bystanders can play a powerful role in mitigating microaggressions by becoming active “upstanders” and speaking up in the moment to support the recipients and to defuse the situation.

During a large gynecology seminar, a professor known for his pointed questions asked a female student “Can you tell me how much estrogen you have inside you when you are ovulating?” While the mortified student sat in stunned silence, a male classmate stepped in deftly.

“Professor, I’ve never, um, ovulated before,” he said, “but I think I can take this question,” to a round of appreciative laughter.

Dr. VJ Periyakoil (@palliator) is the founder of the Stanford Letter Project and Project Respect.