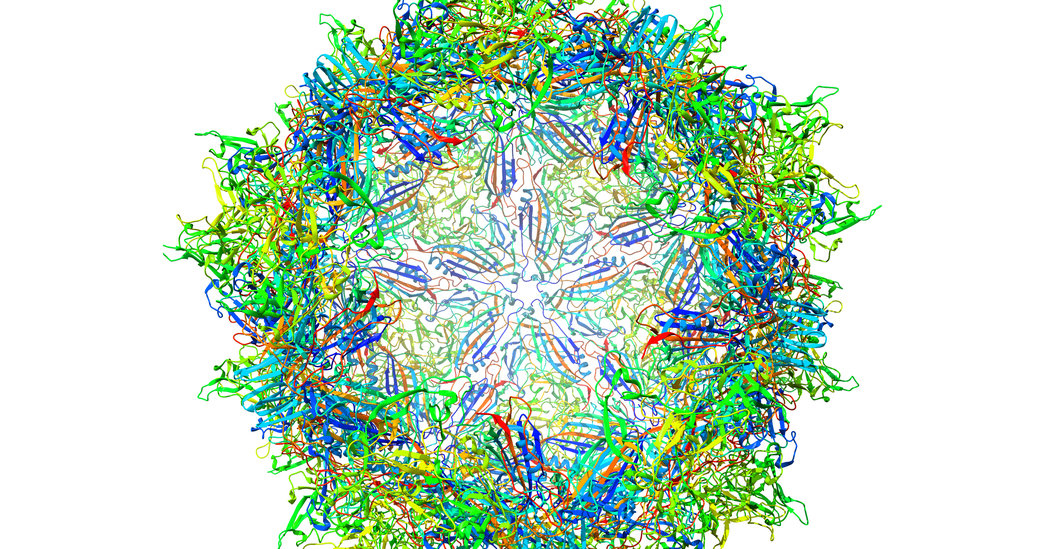 Researchers at two Harvard-affiliated hospitals are adapting a proven form of gene therapy to develop a coronavirus vaccine, which they expect to test in people later this year, they announced on Monday.

Their work employs a method already used in gene therapy for two inherited diseases, including a form of blindness: It uses a harmless virus as a vector, or carrier, to bring DNA into the patient’s cells. In this case, the DNA should instruct the cells to make a coronavirus protein that would stimulate the immune system to fight off future infections.

So far, the team has studied its vaccine candidates only in mice. Tests for safety and potency in monkeys should begin within a month or so at another academic center, the researchers said. But two of seven promising versions are already being manufactured for studies in humans.

The research is one of at least 90 vaccine projects speeding ahead around the world in desperate efforts that hold the best and probably only hope of stopping or at least slowing the pandemic.

“We are presenting a different angle from everybody else,” Dr. Luk H. Vandenberghe, director of the Grousbeck Gene Therapy Center at Massachusetts Eye and Ear, said in an interview.

Their angle has several advantages, he said. One is that the type of vector, an adeno-associated virus, or AAV, is a harmless virus that is already used in two approved forms of gene therapy and has been tested in many patients and found to be safe.

Another plus is that the technique requires very small amounts of the vector and DNA to produce immunity, so the yield of doses would be high, Dr. Vandenberghe said. Small amounts are enough because the vector is very good at getting into cells, which the DNA it carries transforms into factories that crank out the protein needed to put the immune system on alert against the coronavirus, he added.

In addition, many drug and biotech companies, large and small, already produce adeno-associated virus and could easily switch to producing the form needed for the vaccine. New facilities would not have to be built from scratch. That means production could quickly be scaled up to help meet the huge and urgent global need for vaccine.

“We are leaning on an established industry,” Dr. Vandenberghe said. “AAV as a class has had investments in the dozens of billions of dollars. There’s capacity out there that can be leveraged if we are lucky and successful.”

The approved gene therapies that use adeno-associated viruses are Luxturna, for a form of hereditary blindness, and Zolgensma, for a lethal nerve disease, spinal muscular atrophy. The price of Luxturna is $ 425,000 per eye. It is made and sold in the United States by Spark Therapeutics, and sold overseas by Novartis. Zolgensma, made by Novartis, is given to young children as a one-time injection, at a price of $ 2.1 million.

At this early stage, Dr. Vandenberghe estimates the manufacturing cost per dose of vaccine to be from $ 2.50 to $ 250.

Several other vaccine projects involve viral vectors, but no others use adeno-associated viruses.

Hundreds of AAVs infect humans and other mammals. Researchers in gene therapy turned to them as a safer alternative after a patient died in a study in 1999 from a severe immune reaction to a different type of viral vector.

For gene therapy, scientists sought adeno-associated viruses that would act as a sort of stealth carrier for DNA and not set off any inflammatory or immune response. They also tweaked the viruses genetically to prevent them from replicating inside human cells.

Working at the University of Pennsylvania about 15 years ago, Dr. Vandenberghe created a hybrid AAV from two versions found in monkeys, for possible use in gene therapy. It was no good: It provoked an immune response.

But that makes it a good candidate for a vaccine, because such a reaction can help stoke the immune system to fight the coronavirus. Many vaccines contain substances called adjuvants to help rev up the response to the vaccine itself. For this vaccine, the hybrid AAV may act not as only a vector, but also as an adjuvant.

Dr. Mason Freeman, director and founder of the translational research center at the Massachusetts General Hospital, who is planning the human tests of the vaccine, said the researchers were hoping for just enough immune response to the AAV and not too much. But the hybrid vector has never been used in humans before, so there is still much to learn.

Like other vaccine projects, this one is focusing on the so-called spike on the coronavirus, which it uses to grab onto cells and invade them. In theory, if the immune system can be trained to make antibodies to block the spike, the virus will not be able to establish an infection.

The DNA being carried by the vector holds directions for making a protein portion of the spike. Because it is not known which section of the spike is likely to set off the best immune response, researchers test DNA for different parts.

One potential problem that every vaccine project will be on the lookout for is disease enhancement: the possibility that a vaccine, instead of preventing infection, could actually make the disease worse. Dr. Vandenberghe said his team was working with three other laboratories that would conduct tests to address this question.

Disease enhancement has become a particular concern because all the vaccine projects are trying to move so much faster than usual that there is a fear the problem could go undetected, Dr. Mason said. It is challenging to design studies to find it, particularly with a new disease that is not well understood.

The two scientists said the many research groups forging ahead with vaccine projects were racing not against one another, but against the coronavirus.

“We need multiple shots at goal,” Dr. Vandenberghe said. “The level of unknowns of what we have to try to achieve here is too high, and the level of urgency is equally high.”