BPA (or bisphenol A.) is an industrial chemical introduced in the manufacturing process to make certain plastics and resins since the early 1960s. It is often found in polycarbonate plastics – the type of plastics used to store food and beverages with one of the biggest uses as – you guessed it – water bottles. 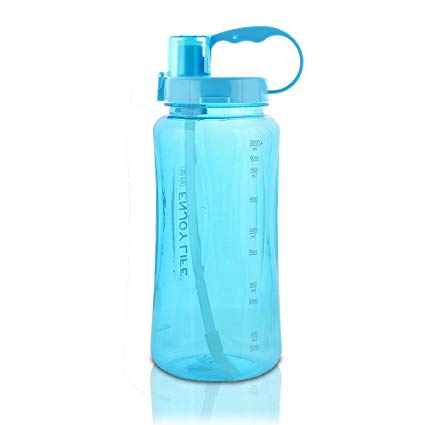 Research has shown that BPA may have negative health effects on the brain as well as increased blood pressure. Amongst the research is the claim from the Food and Drug Administration (FDA) that BPA is safe at very low levels – to minimise your risk during this time of uncertainty – using BPA-free water bottles is a great step to take.

On the fence on whether or not to bite the bullet and invest in a water bottle? Here are 5 reasons that you should only drink from BPA free water bottles. Do you know Drinking Water On An Empty Stomach Makes You Healthier?

By far the biggest reason to start drinking from BPA free water bottles only is the negative health effects of the chemical.

Research has shown that BPA may mimic hormones and interfere with the endocrine system of glands (the ones responsible for the release of hormones around the body). Some scientists believe that it interferes with sex hormones, potentially affecting puberty or the menopause as well as cause cancers related to these hormones – although it is difficult to say for sure.

Some scientists calling for a ban are stating BPA as a factor in a rising number of human illnesses including breast cancer, heart disease and even genital birth defects. However, very few countries have listed the chemical as a health hazard.

The science isn’t yet clear

It’s not a case of theories being thrown around, but rather a lack of a single study that conclusively proves that BPA is harmful to humans. 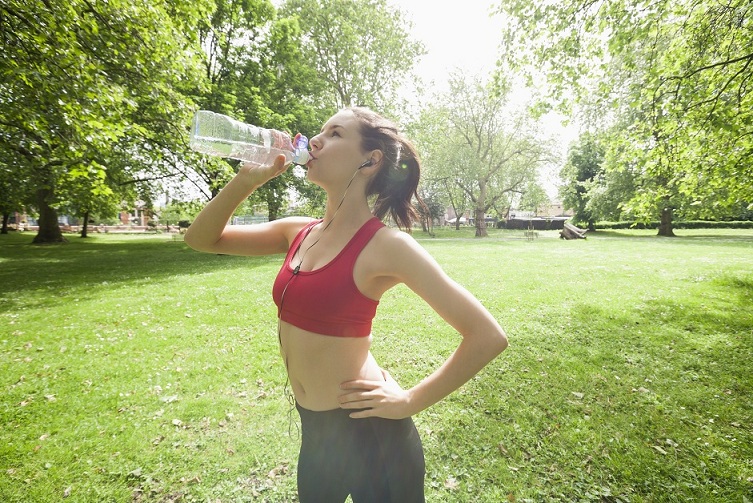 With a mass of ethical concerns and lack of human data of those who have not been exposed to BPA, it can be difficult to test correctly. Most of the tests concluded have therefore been completed on animals, which only have limited applications when compared to human testing.

However, in mice, there have been connections in metabolic disorders, obesity, male fertility, asthma and intestinal inflammation. It seems like it’s only a limited amount of time before the verdict on humans goes the same way.

Despite the current work determining the immediate effects of BPA exposure – there is little to no evidence on the long-term effects of the chemical.

Again, we expect to see some breakthroughs in the near future with solid evidence as to what BPA will do to the body – but with the long-term effect verdict even further off – it makes sense to put a stop to using BPA products as soon as possible.

California was amongst the first locations to ban the use of BPA with the chemical added to the Proposition 65 list in May 2015.

Despite this, other government agencies have taken different viewpoints surrounding the controversial chemical with the US Food and Drug Administration (FDA) approving the use of BPA in food cans, bottle lids and various other food-packaging materials. Despite this, as of 2013, the FDA deemed BPA unacceptable for use in packaging of infant formula.

“FDA’s current perspective, based on its most recent safety assessment, is that BPA is safe at the current levels occurring in foods.”

Maybe the most confusing of issues surrounding BPA use in products such as water bottles is that the price difference is negligible.

Both BPA and BPA free water bottles are around the same price-point, meaning that given the choice, it simply makes sense to opt for the BPA free alternatives. As the demand for BPA free continues to increase amid health concerns, it makes sense for manufacturers to provide alternatives and with more demand ultimately means a cheaper end product.

When given the choice of a water bottle, simply opt for the BPA free products.

Which BPA-free bottle to pick?

Luckily, we’re now in a position where there’s plenty of BPA free bottles to choose from, but there’s 3 that really stand head and shoulders above the rest:

A gorgeous stainless steel water bottle that’s not only BPA free but eco-friendly and socially-conscious.

With a fully-insulated, industrial-strength design and additional tea infuser for those who live by the leaf – there’s no better all-rounder. For every purchase, 20% of the profits go towards delivering clean water to underprivileged regions in the world. The company was also included recently on CoolThingsChicago’s best water bottles list of 2019.

Hydro Flask is a simple and understated stainless steel BPA free water bottle with a huge 12 different colours to choose from for the fashionable drinker.

Plenty of sizes available and a huge list of products including kids bottles, tumblers, coffee flasks, beer containers, wine coolers, backpacks and more. Great for those looking for simplicity.

Chilly’s water bottles come with the aim to accelerate the adoption and everyday use of reusable products by creating products for an active urban lifestyle with the perfect balance of distinctive style and unrivalled performance.

Their BPA water bottles come in a simple shape, but wacky design with everything from floral prints to chrome designs letting you choose from more designs than you’d be able to dream of.

How else to reduce BPA exposure

If you’re worried about your BPA intake from other areas within your lifestyle, there are some tips that you can take onboard to reduce your BPA exposure:

Ultimately, it is difficult to minimise exposure to BPA, but with moderation and careful choices where possible – it can be done.