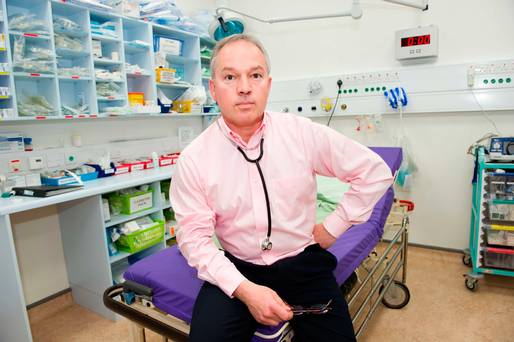 Dr Chris Luke said Irish people in the 1940s, ’50s and ’60s ate a seasonal diet of fresh produce with little or no access to convenience food.

He said the elegant black-and-white photos of people’s grandparents on mantelpieces around the country are a timely reminder of the benefits of a more austere lifestyle.

The adjunct senior lecturer in public health at University College Cork said people in Ireland today could learn a lot from their grandparents when it came to diet.

“One of the many things we can learn from our grandparents’ generation is to simply look at pictures of the Irish in the 1950s – and how Insta-­friendly they are, how glamorous and slim and physically attractive they were.

“That can be partly attributed to their dress sense.

“They tended to dress for occasions, and they wore tailored outfits and they were imitating Hollywood way back then, long before the Grammys and Netflix.

“But it’s really worth looking at their diet and the way they ate. They ate relatively little compared with us.

“They had a very structured system of consumption and rarely had snacks in between.”

Dr Luke pointed out that they had very little processed food. “They tended to put far less on to their plate. They tended to eat exactly as we are being told by science to eat nowadays.

“To some extent they were very seasonal and had a mixture of carbohydrates proteins and fat. They realised the advantages of fat as in fatty bacon, fatty offal.

“They ate cod’s roe, liver, kidneys, tripe, all of which tend to be nowadays wasted because people find them unattractive and yet they were very nutritious parts of the animals.

Read More:  Timeline Of Healthcare In America - The Onion

“They fasted on a Friday typically which was in a sense like a 5:2 diet. There was one or two days in the week where they might have had 500 calories, I suspect.”

The consultant, who has worked in emergency medicine for decades, said the generation that emerged from the post-war era were familiar with real austerity.

“They ate very simply and had very little but knew the benefits of austerity, whereas I think we’re dealing with the disadvantages of prosperity.

“It was simple but very balanced, it was very seasonal, very local,” he added.

“The Celtic Tiger onwards is when we saw the downsides of prosperity in terms of obesity, processed food, the huge carbon footprint and all the other problems with globalisation, such as cocaine and so on.”

He also said imported vegetables such as avocados rack up a huge amount of air miles.

“It’s all very well to talk about the virtues of veganism, but it’s not particularly virtuous for people in an island in the Atlantic to be relying for their daily intake … on veg and produce of countries thousands of miles away. Not in an era where we have to mind our carbon footprint.

“Not only were the Irish of the 1950s very Insta-friendly and very photogenic, but they were much more eco-friendly than we are.”